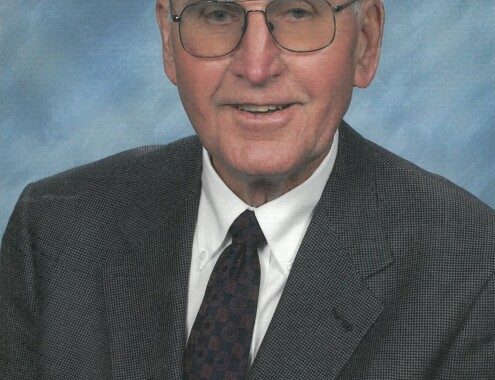 Robert passed away at the age of 94.

Robert F. Foley born in Grand Forks, ND. The Foley Family has resided in the Johnstown area since 1880 when John and brother, Martin settled in Levant and subsequently in Johnstown Township where family members continue to reside. My Grandfather’s family emigrated from Smith Falls, Ontario, Canada in the year 1880. My Grandparents (FOLEY) resided adjacent to my home and we saw them daily and Rose, my Grandmother, exerted considerable influence in her conservative values which carried forward in the family for years.

Attended public schools at both Johnstown and Gilby, North Dakota. Graduated from the University of North Dakota and entered the UND School of Law in 1954, but later withdrew to accept a position with the Federal Deposit Corporation.

Graduate of the Central State School of Banking, University of Wisconsin and a graduate of the Inter- Agency Bank Examiner School, Washington, DC. Employed as a commissioned bank examiner for the Federal Deposit Insurance Corporation, employed in the 9th Federal Reserve District approximately six years. Employed by Kaiser Aluminum and Chemical Corporation in their executive sales offices in Chicago for approximately 2 years.

Joined Citizens State Bank of Roseau, MN in 1961 as Vice President and Director. Served as President of the Bank from 1966 until December 1, 1994, when elected Chairman of the Board of Directors. Past Director, Vice President and Incorporator of the former Citizens State Bank of East Grand Forks, MN, now Frandsen Bank & Trust. Chairman and Incorporator of the Board and a Director of Roseau Realty Company, Inc.

of the School of Business & Public Administration and served on the council until October 30, 2011.

Active in numerous civic and fraternal organizations. Served on Governors Rolvaag and Anderson’s economic advisory council for approximately six years. Former Director of the Roseau Research and Development, Inc., a member of the original Roseau Planning Commission as well as being a Director of a number of other corporations. 4th Degree member of the Knights of Columbus, American Legion, V.F.W., Northland Gun Range, where he shot on both the trap and skeet clubs for well over 35 years, Oakcrest Golf Club, Ducks Unlimited, NRA, Roseau Area Hospital and Homes and a member of Sacred Heart Catholic Church. He was an avid duck and goose hunter, fisherman and enjoyed many days at the deer farm with family and friends. In May of 2019 participated in the Veterans Honor Flight to Washington D.C. accompanied with sons, Robert J. and Scott and in August of 2019 he was inducted into the Roseau Community Hall of Fame with many family members attending. 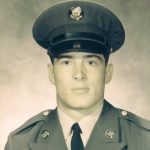